It was unfair of you to spend your refund on DONKEY FLY MASKS. 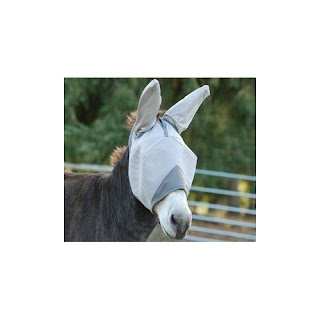 They're just going to lose them, anyway.

Mother is busy filling out forms and thanking the various governments for keeping her roadways safe, her air somewhat breathable, etc. etc. She says she'll come up to visit me soon, but I remember past times when she's filled out forms, and she doesn't exactly have a good track record at speediness.

In actual good news, she has relocated her camera, so soon there should be glorious pictures of me in all of my activities once again.

The pictures are what the people want, I tell her. They don't give a flake about tax forms.

Mother claims to be suffering from an Existential crisis. Apparently, that is a century behind Romanticism, but pretty much the same thing.

Mother has been on the fence about acquiring a new wolf. She worries that she has too many mouths and responsibilities already on her plate.

I told her the solution was simple: Sell the Donkeys

She claims I am being prejudicial, that I am always after her to dispose of them in some appropriate fashion.

True enough. Although inappropriate is fine with me, too.

Although the other day when Mother came up, the three jennys and I were standing more or less together in the Small. In reality, we were complaining about her neglect of us.

Mother, are you becoming a HOARDER?

Is one cat and one horse and three donkeys really not enough?

Just because the dog is more pleasant to take for a walk and buy toys for and snuggle with and...