Mother has been by a few times this week, and wisely spent time grooming me and letting me on the lawn and not just wandered off  to do donkey things.

Today, she said she had some other equid to check out.

I am put through the catch pen, held close in the stocks, and I still, but hold tight to my panic. Ears and eyes are my only movements.

The young hay man holds up a strange container that smells of good corn. I put my head in and grab and chew watchfully.

He holds the bucket to me again, and I ignore the thin rope, after a suspicious snort. As my teeth grind the food, the thin rope snakes up onto my head, is fastened around my ears, and I snort and fling and tense.

He holds up the corn, and pets my neck.

He sets me free to the round corral, and I run, run, I am wild, and the rope follows me everywhere. I feel it slithering along my legs and run faster, and kick.

The man enters with the container of corn, and I step, and the rope tightens behind my ears.

I stop dead. The rope eases.

Always give. Follow to strange places, accept the touches.

Stand as he picks at my hurt, at my face.

Into the box again, and again for endless hours roiling through strangeness and loud and rumbling engines and fear. Safe with my brethren.

I am still wild.

The End of the World

The end of the world came today.

Mother, after ignoring us for days on end (Ghost sitting again) came up to the barn to do my overdue  hooves. 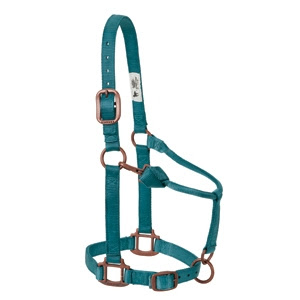 Mother waddled up today and had me move around a bit. I must say, the softer ground is much appreciated. I am so much more comfortable than I've been most of the summer!

See? There's nothing wrong with me! Mother's crazy.

My home is a fascinating ecosystem. There are, of course, the four horses and the four donkeys.

There are the three yard dogs, who stay in the house and share the yard sometimes while I graze, but don't come up to the barn (except Tucker, when he is "bad", according to Mother). The one female used to bark at me but has learned that I DO NOT LIKE barking, so I like all the yard dogs very well now.

The neighbors' hellhounds sometimes pass through. They are not on my list of favorites but I tolerate them well enough, since they don't usually bark.

Although they did steal the grazing muzzle for a time, that was nice of them. Perhaps I should start thinking more highly of them...

There are several house cats, two of which venture up to the barn. I'll talk more about them some other time, because the barn kitties are what intrigue me most today.

Mother says through the years there have been many barn cats, most living lives well into their teens (except for the unlucky family that had sudden cardiac deaths almost uniformly before age three). They have been lucky to have such longevity in barn cats, as in most places an outside cat will have a third of the life expectancy of an indoor cat. There have been less than 4 % that have perished that could have lived longer lives as a housecat. The mountain hideaway is a unique haven for cats.

The most amazing variety can historically be found amongst the barn cats. There are four current "regulars", the least barn cats they've ever managed to have. Actually, those four sport very little variety. They are all grey tabbies: two with short hair and two long fluffies. They are all well aged, as there fortunately aren't many hazards at our mountain hideaway. It is nearly a half mile to the fast road, and the hellhounds really aren't so evil as to devour cats.

The two short hairs are strictly barn cats. Aunt B is my favorite of all the kitties. She is petite (so she eats less, saving resources for the rest of us), she likes the humans but doesn't want to be pet (saving valuable human interaction time for the rest of us), and she has extraordinarily pretty eyes to offset her otherwise bland exterior.

She has also mastered managing humans. She convinces them it is time to open the cans of their food just by a glance and a meow, and she has them trained to consider it a rare treat for the humans when she brushes up on their legs.

She has a slightly younger nephew/cousin/son (? don't ask, there was the taking on of a few stray kitties 13 or 14 years ago that "critical" time came earlier than expected) named Rosie Greer. He is a human attention hog, always wanting to be pet and cuddled and taking away MY time. Mother, fortunately, is rather immune to his charms, but all the aunties fall for him at times. 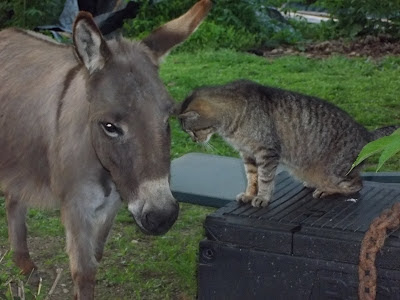 He used to be one of fat donkey's boon companions, but he likes all the donkeys and now spreads his attentions around even more. He even likes the little ones who try to engage him in chasing games, which he ignores. He likes to rub on donkey heads and legs if there are no humans to rub on and be cuddled by.

The two long haired fluffies are virtually indistinguishable to me. The male is starting to suffer some old age infirmities and spends much more time down at the house. The female wandered off for some time and there was much concern, but she has returned and seems content to stick closer to home. Both fluffies are older than Rosie and Aunt B.

How do they do so well with the outside cats? The kitties have lots of hands-on contact with the humans, thrice daily feedings of good food, and we have fewer sources of peril than most people can provide to barn cats. All (except for the long-ago illusive Grey Ghostie) have been taken to the vet and had medical things go in and "unnecessary" body parts come out.

And it is this that brings us to Chunky Bob. Chunky Bob is the newest denizen, having been absorbed into the fold by his own shear tenacity. He started showing up just after feeding time, slinking in to grab any remainders of cat food. He has over the months come to hang out on the porch and partake with the others during feedings.

He has become a resident. 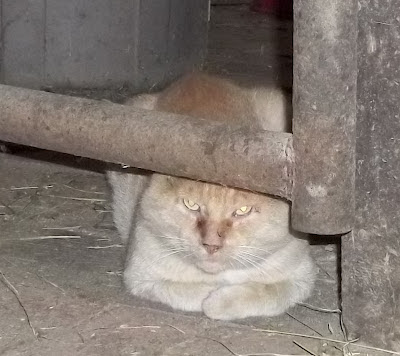 The task of capturing Chunky Bob to have him seen by a vet has been a topic of discussion. A live trap doesn't work very well when you will probably capture one of the four regular barn cats. Sequestering the barn cats to properly invite Chunky Bob into a live trap requires more time and coordination than the humans have been able to muster. The thought of transferring him to a container that would deter the transport vehicle from perhaps taking a direct hit of intact male spraying is fraught with its own perils. But it must be done. 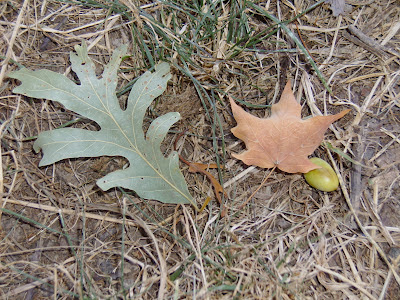 The seasons are changing. Although it is still a touch humid and hot out, the rains have started that signal the coming of the cold season. My fur is thickening. The leaves are turning colors, falling, as the trees prepare for winter.

I for one am glad of all this rain, as it makes the ground softer. Sure, it is a bit slippery in spots from the mud, but it is better than the concrete hard dry ground we've had all summer long. I find the softer ground easier to get around on.

Oh, and maybe the grass will grow again this fall, now that it has some moisture!!

My hair certainly has, since Mother took this autumn-y photo
( September 6th, 2010) 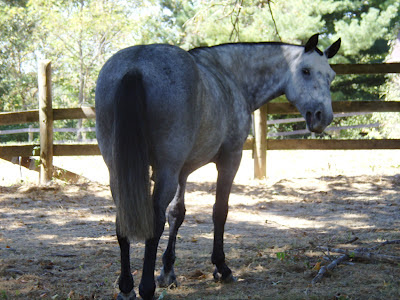