The (Not So) Great Escape 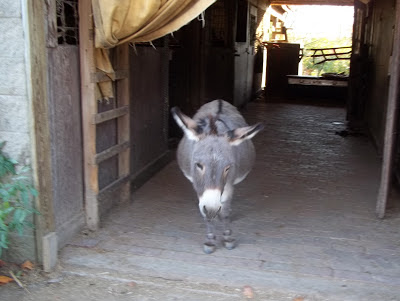 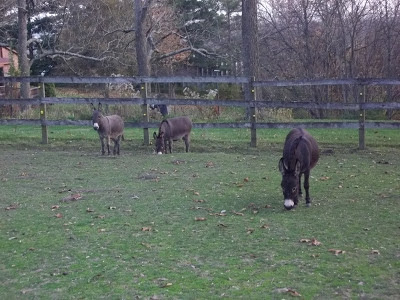 Bad News: Aunt Marilyn and Mother brought them back.


During the course of barn hygiene, donkeys slithered through the open gate into the back pasture. A section of fence had been knocked down, and before Aunt Marilyn knew it, there were miniature donkeys on the loose in a respectable neighborhood.

Mother rushed from wherever it is she goes all day, and met up with Aunt Marilyn and the donkeys cavorting in random yards well down the hill and far from home. While I and part of the Red Mare Herd grazed in the now open back pasture, Mother came into sight tugging one of the jennets behind her. She hustled the donkey to the Small and went to the barn for another wee halter. Julia's pathetic donkey cries rang out, and Mother encouraged her to tell those other donkeys to hurry home.

By the time Mother traipsed again through the back field, the remaining fugitives were in the closest neighbor's yard, and relatively easily secured.


I think they enjoyed their party... they are out there right now debating another attempt... 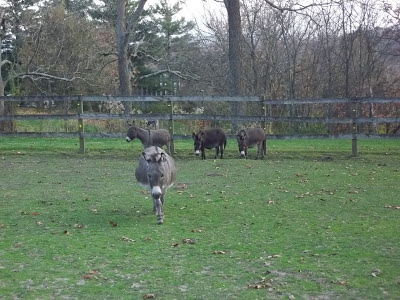 We've got everything here we would want... why leave? 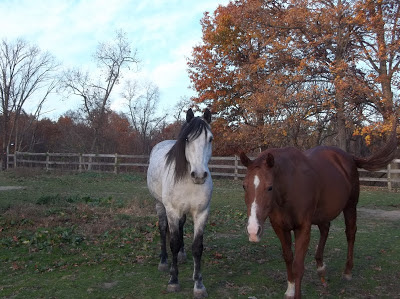 I not only question the intelligence of the donkeys in this escapade, but the humans as well.

Why go out of your way to bring this back? 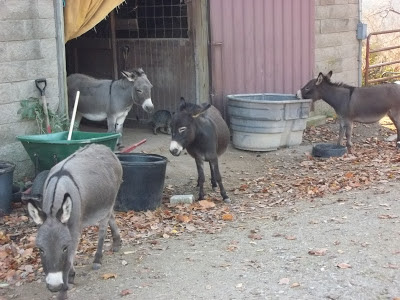