So, Mother got this device that she wears around her front limb called a FatBat. Apparently it has another name, but Mother says since she is fat and not fit that this is more appropriate. 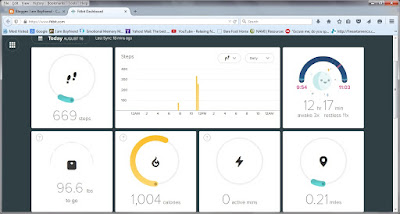 She says it tells her that she sleeps a lot, eats too much, and how much activity she may have done. She says that even though it doesn't make any sound, she can hear it telling her, "Take the stairs, Fatty."

What does Fat Donkey have to do with this?

It apparently caused her to take one of the donks for a walk the other day.

Do you get credit for brushing me, Mother? Or keystrokes on the computer?