Finally, the interloper is gone!* Mother said interloper(I mean cousin)'s people were coming for him today, and that she will no longer be spending time with him that should by all rights be spent with ME!

Mother wanted me to put a few more pictures of the interloper up. She says he'll follow her around and jump over things, and that I don't do things like that. Well, of course not, that is just ridiculous. Has he no dignity whatsoever?


Warming up with boring things like trot and canter... 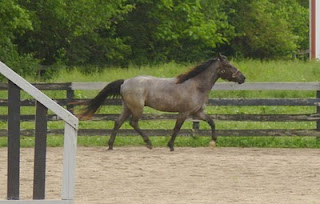 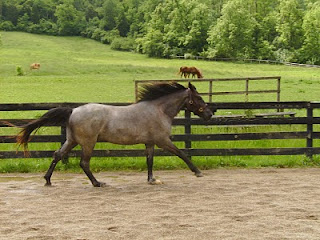 Then on to the fun stuff. He just finished the little in and out...
(I think this photographer is really bad!) 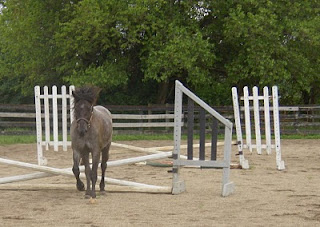 Proof of leaping, but still, that photographer's timing is off... snicker, snicker. 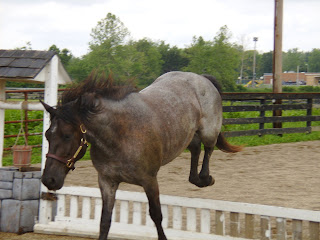 Oh, oh, look, the photographer has mastered the camera! 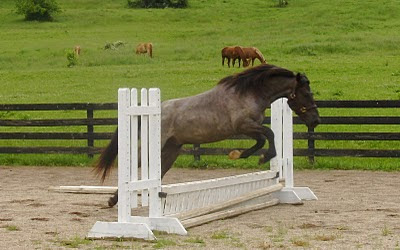 It is important to land balanced and ready for whatever is next... he doesn't look too bad here... In fact, he's ready better than the photographer. Hunhnuhnuhnn. 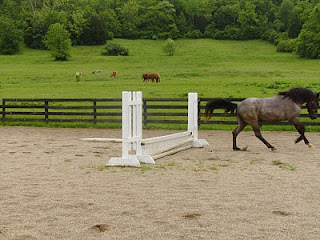 Mother says this is cool with a horse who hasn't even been trained to jump yet. I know I don't have to do that for a living... Mother loves me for me. I just have to exist, and she's happy!
See? I am so beautiful, I can just stand here, and everyone is enthralled! 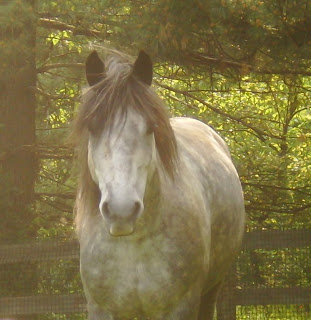 *The interloper, I mean Romeo, is for sale. Anyone interested in Raising Cain, registered with the Nokota Horse Conservancy, can make inquiries to his owner Margaret, in Kentucky. He is slotted to be one of the Nokotas participating at the opening ceremonies at WEG.
Posted by Bif at 1:17 PM