So, Mother at last deigned to gift us with her presence evening last. It had been approximately forever since she'd made an appearance, so I peered at her in the darkness through the magic window but didn't nicker, as I was already eating hay. And she doesn't deserve a greeting.

Hrmmph. Donkeys are more important, are they?


She flipped on the lights, and I heard her rustling around and picking the wee donks' hoovies. All was quiet. I think she grabbed my halter and rope at this point, but I decided I was thirsty, and left the run in shed and went around the corner to the trough.

Mother waltzed into the run in, then said "Boyfriend?!" in an alarmed tone.

Mother walked back out under the canvas flap, peered around in the darkness, and called "Boyfriend!". I admit she sounded a little panicked.

Apparently her night vision is not as acute as mine.

She turned and walked back into the run-in and looked around again... what, I am hiding under the shavings? Are you dim-witted, Mother? I felt her mind picture: something about surely the Aunties would have called if I had died.

I felt bad for her, and walked back towards the run in without having gotten my drink. She put my halter on and threw my rope over the magic window-sill and let me munch hay while she picked out my freshly mud-enriched feet.

She gave me some scritches, and came back with a huge handful of Mrs. Pastures and promises to return more often and be a better Mother (I've heard that before).

Apparently, she thought I was UPSET that she hasn't come to see me at all lately, and so not only didn't look for her or say hello, but went out of my way to hide and give her a heart attack. 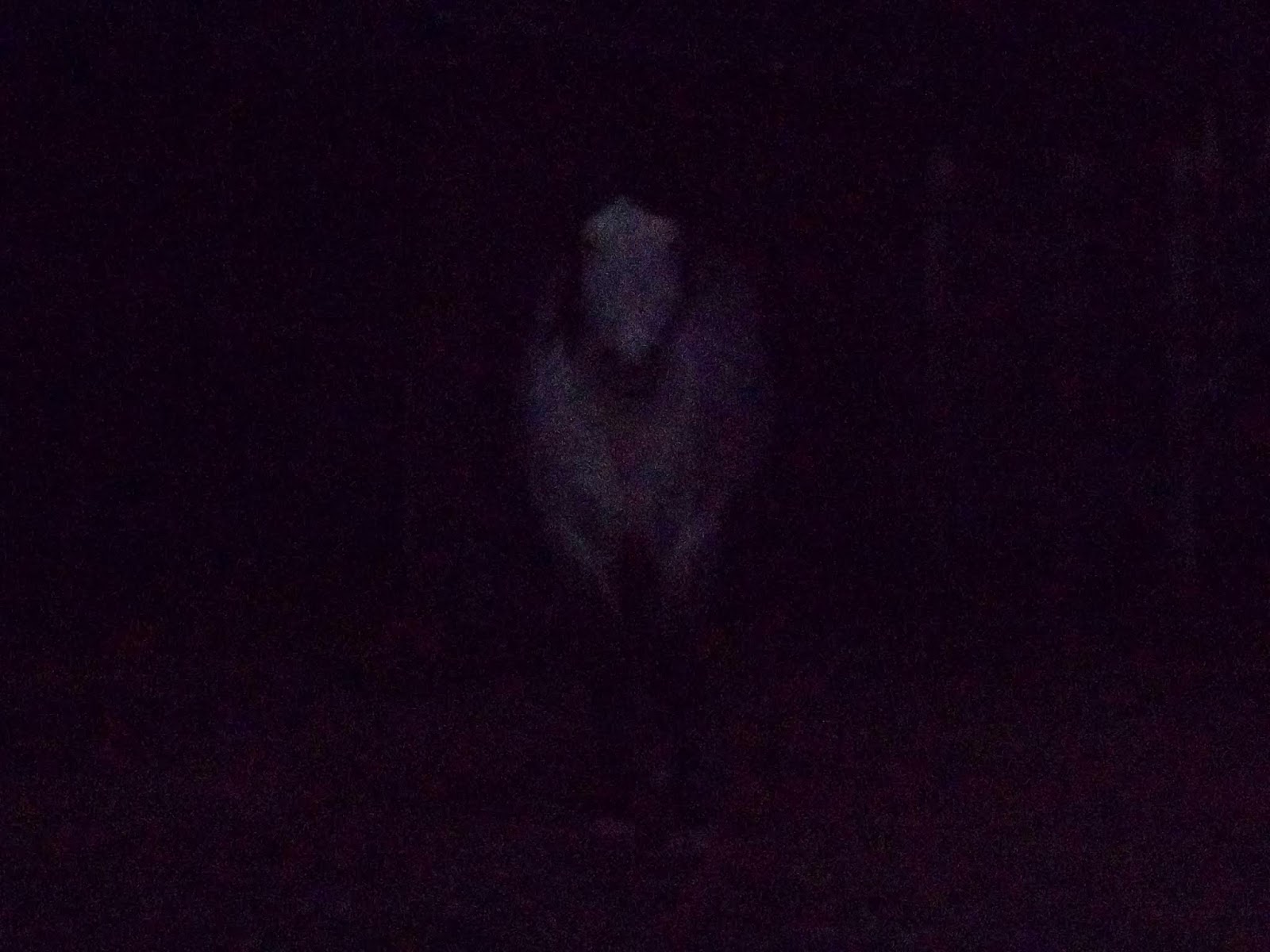 Did my dry muzzle give me away??