There are some things a horse does not wish to see in his pasture. 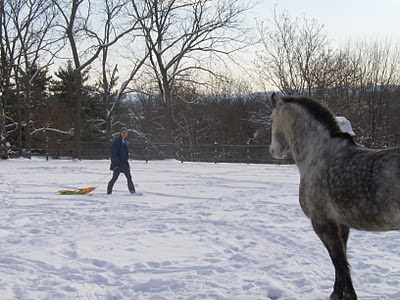 This was one of those things.
Mother and Aunt Margie came by today, and Mother was followed by an absolutely terrifying bizarre object, laden with... stuff. I was exceedingly wary, yet Mother did not seem to notice this horrible thing was following her. Belle actually walked up and sniffed it, but I was having none of it. I stayed well away at all times.

Mother and the thing went into the barnyard area.

Before long, she re-emerged, and she and the thing came into the small pasture again. Belle eagerly met her. I hung back until I realized... hay? 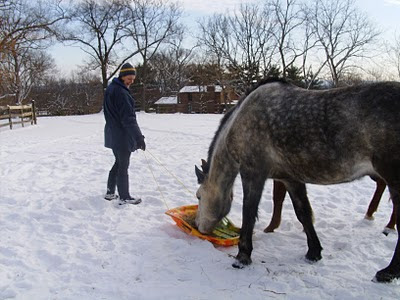 The thing is apparently a hay transporter? At first I let Belle get a mouthful and share it with me; eventually, I braved closer and ate from the garish hay transporter myself.

I realized, too, that it wasn't just eeriely following Mother, but was being pulled by her via the attached rope. 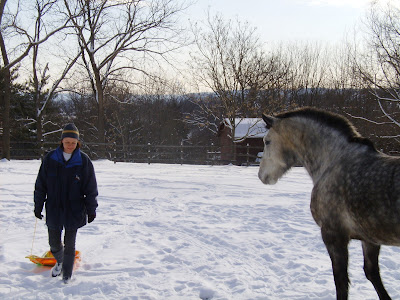 Mother took me in the barn hall to tack me up with my ground driving gear. We stared puttering about the multipurpose: 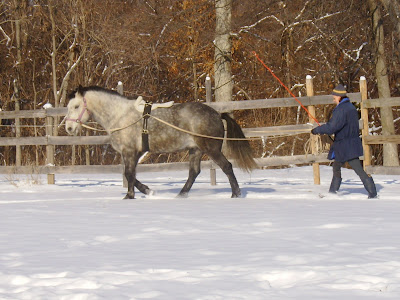 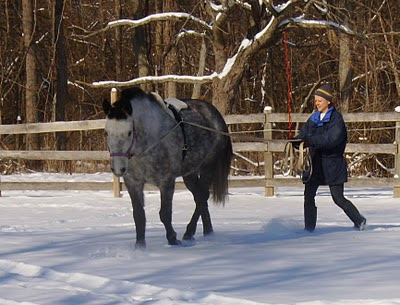 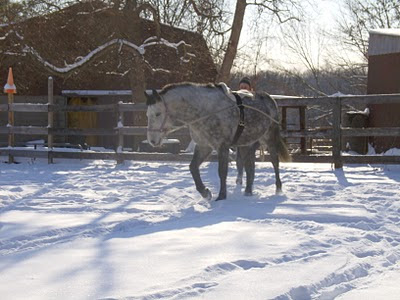 After awhile, Aunt Margie came out pulling the garish hay transporter, which she and Mother kept calling a sled. At first I was a bit creeped, but as it seemed to stick close to Aunt Margie and not prone to wandering off on its own, I decided it was probably ok. I'll just keep an eye on it. 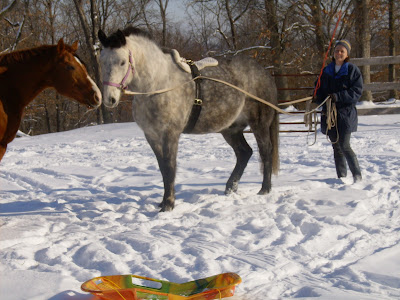 Belle says it's not that scary, and she was hoping more hay would be forthcoming. That's because she got to stand and sleep in the sun while the thing followed me around. The worst part was, Mother and Aunt Margie kept laughing at me. Not nice.
Why would Mother want to follow me around with that thing, anyway?
Posted by Bif at 10:48 PM