A Spot (or three) of Unpleasantness

Mother was disgruntled when she arrived at her dwelling this afternoon. How would I know this? Because Mother whined about it ALL evening. Apparently there was a dead baby opossum in her front yard that was basting nicely in the warm muggy afternoon sun. She smelled it from 60 feet away when she got out of her car.

It was percolating directly in front of her room. 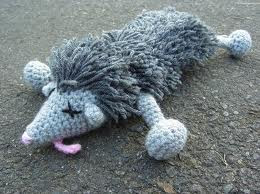 Not the actual opossum in question.

Apparently, later still, there was an unfortunate smell of skunk which they traced as coming from IN THE GARAGE. Fortunately, Mother's vehicle was not the source. Another vehicle re-killed an unfortunate roadway victim, and that driver will be reminded to show due respect for the dearly departed for quite some time to come...

So, really, the odd spot on my shoulder is nothing of note. Mother was intrigued by it, noticing its presence for the first time when she hosed me this weekend. 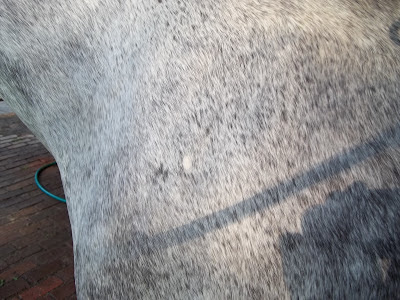 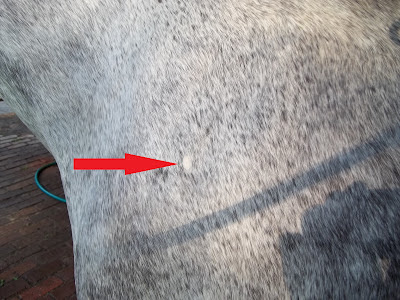 Mother says this is no cause for alarm, but it is intriguing as it has not been there before, even when she hosed me a few months ago during the early heat spells. She is accustomed to my ever spreading fleabites in the front, my dapples in the barrel, which are spreading rearward towards my hitherto stronghold-of-roan rump... but this new random spot of pink skin on my otherwise dark hide is an oddity. 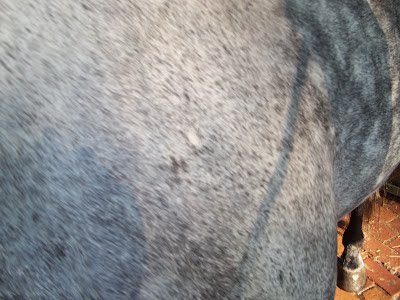 I tried looking for it myself, but my options in the way of a mirror are somewhat lacking. 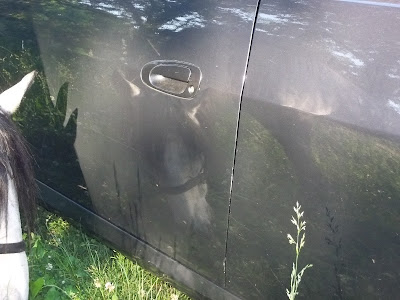 What? I'm not vain, I'm just monitoring my health. 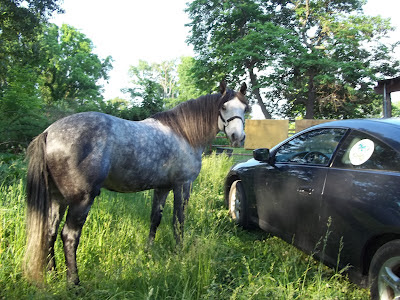