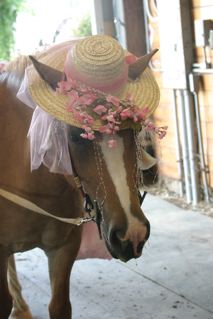 *
Ha! I found Bif's Wi-Fi and keyboard!
Hi, I'm Rosey. I'm sort of a friend of Boyfriend. Well, really, a friend of Boyfriend's person.  Boyfriend is an idiot. Damn boys.
I am the best horse in the whole world. Some people try to call me a pony, but, yeah, whatever. I am a PUREBRED Halflinger, which means people, who don't really have a grasp of what's important anyway, can name all of my ancestors. I know who I am, and I am the best. That's what's important.
I have my own person, two actually, so I don't really need Boyfriend's person, too, but I find her useful. She brings me in from the field sometimes, throws me hay, gives me grain, good things, you know?
Take the other night. I'm rearing and bucking in my stall. Why? BECAUSE I CAN! Stop asking questions, I'm telling my story here. And, yeah, maybe I was doing that the night before, too. (Safe Choice is not really a safe choice.) Bif's person noticed my, uh, agitation, and called my real person to let her know we were going to have a party in the indoor!! The footing in there is better than outside, where it's frozen. I can not run around on that frozen pasture ground! Well, not how I need to run...
So, it was nice of her to take me over... I exorcised the demon horse.
Oh, shoot, Boyfriend's coming in. Better sneak that keyboard back over... maybe later.
*Photo originally taken by Nan Rawlins... I think... Please don't sue us.
Posted by Bif at 10:12 PM