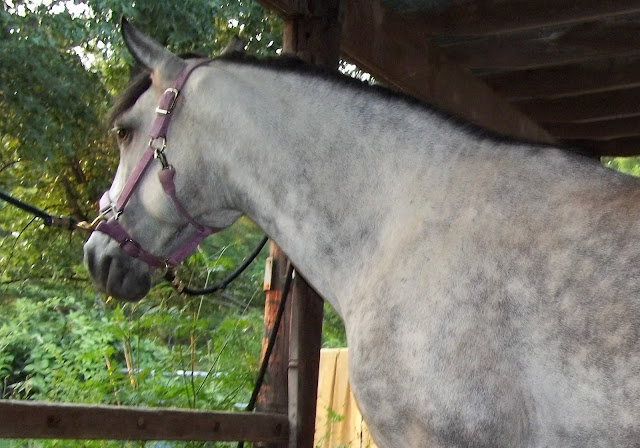 You may have noticed that some of my recent posts have not been current events in my life. That is because, well, Mother is a worrywart. She has been having trouble determining if I am not doing as well, comfort-wise, as she wants. Then last week as we walked my postal route, she noted that I was walking a bit shorter on one of my hind legs. The non-surgered leg, to be precise.

I admit I have been reluctant about certain activities, like walking the hills of the postal route. I apparently seem "grumpier than usual" at times to Mother. That is a lack of Mrs. Pastures cookies, Mother. All those other cookies (while tasty and delectable and I appreciated them) for months and months has caused a "Mrs. Pastures cookies' deficiency". Grumpiness is a manifestation. 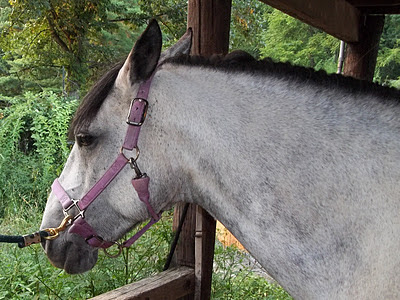 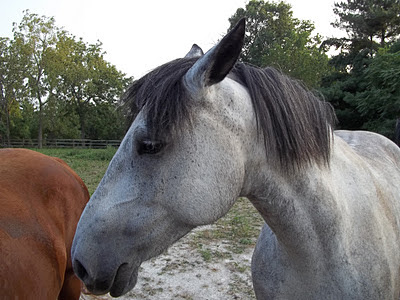 MPCD is not a condition to take lightly.

In trying to determine a cause, Mother has fine toothed all the aspects of my care. She had changed my joint and comfort supplements from SmartPak to something else from SmartPak that was supposed to replace the Repair and TLC, and even added some other other joint things. She is going to switch back to exactly what I was on earlier this year. She isn't sure if it is the change of supplements (as I've been switched for about two and a half months), but she would be very happy if this proves to be the reason.

Not content to concentrate on one reason at a time, she worries that it is perhaps an indication that my degenerative cartilage is in fact bilateral as many of those things can be, and the right side just wasn't as bad as the left (so not visible on xray) at the time of surgery. I did have arthritic changes in my left hock when xrays were taken in 2009. When I had my left stifle surgery, the hospital shot fresh films of both stifles, showing nothing on the right stifle at that time. They didn't take hock pictures, so it's possible I have arthritis on the right as well as the left, or crummy cartilage in the right stifle, or whatever else her diseased brain can come up with to worry about.

In her concern for me, a few weeks ago Mother had given up the grand experiment and had the farrier out to do my hoovies. He reassured her that she had done me no harm, and he had seen worse work by professionals. My balances weren't exactly how he had kept them, but the adjustments he made were not much and I felt fine afterwards. No improvement in my "grumpy" attitude, so that is one possible reason that she has dismissed.

Proposed changes:
Will continue having the farrier man do my hooves now.
Will go back to my previous supplements and see if it helps.
Mother will not ride me for my once or twice monthly 5 minute jaunts anymore.
No more postal route, due to the hills.
Possibly add Adequan in addition to the supplement routine.

Gosh, walk three or four inches shorter on one side and you'd think the world is ending! Cookies will fix it, they fix everything.

Which reminds me of the most important change: Mother has bought me a nice big bag of Mrs.Pastures again, just today! Since I've been staying svelte and I eat my IR powder and I have shown no signs of trouble since "the incident", she says I can have ONE Mrs. Pastures from time to time now.