It has been warm here. VERY warm. And though I did not grow as thick of a coat here in Ohio as I did in North Dakota, it was still quite substantial.

And unfortunately, it is STILL quite substantial.

Mother has been hosing me off every time she's been up here, which helps a bit but that water is so cold. My body is never going to lose its coat if it thinks we are having cold and rainy showers every afternoon.

Today, Mother was very, very odd. She was tugging around the creepy garish hay transporter. She was picking up sticks to feed it (although it just let them lay on its back) and pulling it around the garden paddock while I was trying to eat with my Red Mare herd. That thing straight up gives me the heebie jeebies and I wish Mother would not bring it by. She ignored me however, and went about gathering sticks.

Why? It's not eating them. I would eat cookies if you gave them to me...

After a while, she hazed us out of the grassy garden paddock, and soon took me out to the barn porch. I assumed I was going to get hosed again because I had lots of crunchy stiff hair spikes from sweating today, but she just curried and brushed me really well. She started digging around in her black trunk... and emerged with the surcingle. Uh, oh. Work time.

Uh, Mother, did you not notice I am wearing a coat designed to keep me warm  in a North Dakota winter? 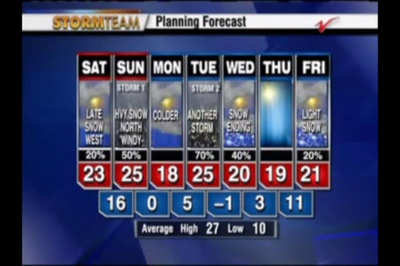 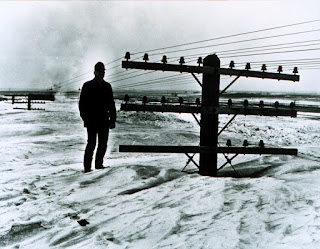 Blizzard from 1966. My great great grandparents were living in the ND Badlands for that.
Anyway, Mother put my lunge line on me, and off we went to the Multipurpose. I eagerly trotted out before waiting for instructions. Mother commented on how forward I was; I must be feeling good and like my supplements. Since she seemed so admiring, I did a bit of my elevated and flashy front feet trot. She ooohhed and aaahhed appropriately.

I decided a spot of canter would go nicely, and stretched into that a bit. Mother encouraged me to trot and halt, and I realized that that was really a better idea.

I went the other way, with a bit of flashy trot just to show Mother that I am awesome and there is no need for a riding horse when she has me to look at. She only let me go a few laps, then we stopped and she adjusted my driving lines.

We drove around the back pasture and I really was very attentive and obedient, so I didn't have to work very long. Or so I thought...

Mother undid my driving lines, but used one of the lunge lines to lead me out into the small pasture with the horrible hay transporter. She walked around (while it creeped and slithered along behind her) and picked up sticks, and I was obliged to come along. After a while I realized that the thing really does just follow her on its rope, and when she drops the rope he stays obediently in place.

And still she picked up sticks.

I started wondering what she was doing. Because I have to say, it was really boring (except when we started walking again and the stick filled thing started grinding the ground and making creepy noises). She wandered with no discernible pattern. Was this how she felt when I hand grazed?

So, that was just creepy. Boring AND creepy.

I wonder what she's going to do with all those sticks, since he's obviously not going to eat them?